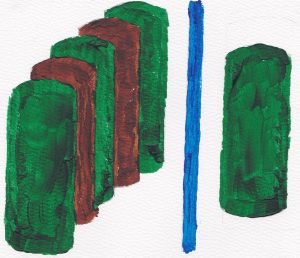 While the story of Nicodemus tells us that his initial encounter was deliberate, planned and at night, the woman from Samaria meets Jesus by chance (or so she thinks) in the heat of the day. Two encounters with the Lord. One a well-schooled and respected pillar of the community. The other, possibly, poorly educated and, seemingly, socially ostracised. What can they possibly have in common?

This wasn’t Jesus’ only encounter with people from Samaria. He was turned away from a Samaritan village (Luke 9:51-56) and out of ten people with leprosy who he healed, the only one to say thank you was a Samaritan (Luke 17:16).

In John’s lengthy account (the whole passage is John 4:1-42), we initially observe a very ordinary, domestic scene. Fetching water was normally done in cool of the morning or the evening. It was a community event where local women would gather to talk and to be together. Yet, this unnamed woman comes alone to the well in the heat of the midday sun. She meets a man who, much to her surprise, crosses all the normal social and human barriers of the time. In this encounter, Jesus challenges prejudices against foreigners, people of other beliefs, and women.

Firstly, he is in Samaria – a ‘no-go’ area for Galileans to travel through. Undeterred, Jesus crosses a barrier to reach out to a foreigner. Secondly, while the faith of the Samaritans has its origins in Judaism it rejects much of the Hebrew Bible and their worship takes place on nearby Mount Gerizim rather than in the Judean Temple in Jerusalem, some 40 miles away from where this encounter takes place. Here at the well, Jesus crosses the barrier to those with a different set of beliefs. Thirdly, Jesus crossed the gender barrier. Rabbis were forbidden from talking to women in public – let alone teaching them and a woman could find herself being divorced if she was seen speaking to a strange man. Jesus’ love not only crosses barriers but it also reaches far beyond those surface issues upon which such prejudicial attitudes are built.

Just like Nicodemus, whose position of respectability hid an inner confusion and need for direction, behind these outward barriers the woman from Samaria is unaccepted and has a deep need to be loved. She is a moral outcast. She has had five husbands and is now with a man who is not her husband. Whether she was repeatedly widowed or divorced (or a combination), we don’t know but there is something about her which means she keeps herself safe from ridicule by walking alone at a different time of day. She feels ashamed. She has no sense of pride.

The woman at the well is a victim of prejudice. But in her encounter with Jesus, she encounters the love of God which crosses barriers and challenges prejudices.

We all have prejudices. Opinions and views, sometimes favourably inclined but more often than not, not so. Prejudices are usually, if not always, based on very little evidence or actual experience. We judge people – indeed whole groups of people – based on a few ill-informed or unfortunate occurrences.

It can be helpful to recognise our own prejudices. Some may be quite innocuous and frivolous but others can be more deep seated. We may need to consider how we take down the barriers that have been erected between ourselves and other people.

What are your prejudices? Why not make a list of them.

How might you overcome the barriers they have created?