Man from the Gerasenes (1) – Healing 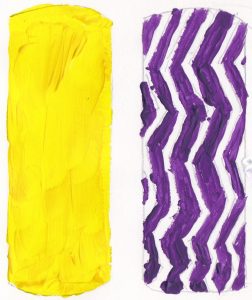 Having arrived in the country of the Gerasenes after a stormy trip across Lake Galilee, Jesus is faced with a challenging situation. There’s a man who’s ‘Mad, bad and dangerous to know’… and there’s no time for a risk assessment. (Please be aware this entry considers the sensitive topic of deliverance ministry.)

This man was somebody’s son. He’d been a child who sat on his mother’s knee. A boy who splashed in the waters on the Western shores of Lake Galilee. And now look at him. He didn’t live with the living: he lived with the dead. Whatever happened? Whatever went wrong?

Today, we’d have a name for ‘people like him’. A nice, politically correct name:

He’s named by his situation not by who he is. The anonymous outcast becomes known by the name of that which possessed him: Legion.

Demon possession is not just the stuff of horror films and ancient history. Exorcism isn’t about spiritually cauterising the victim until they writhe on the floor, screaming unintelligent sounds and foaming at the mouth. Deliverance ministry is highly specialised. It’s to be undertaken only by people who have been specifically trained and who operate under the authority of and accountable to a recognised and well-established church. Carried out in the context of prayer, with no publicity, in collaboration with appropriate healthcare support, and with continuing pastoral care for the person concerned.

The role of deliverance ministry, which is how Jesus’ encounter with the man from the Gerasenes could be described, is essentially one of providing a cure not a punishment (those who are possessed are never described as sinful). In Biblical times, there was a belief that demons would be free to roam the earth until the Judgment Day came and they did this by taking possession of people.

This possession was often associated with disease, because in those times – note, in those times – disease was often seen as the consequence of sin and a sign of being in Satan’s power. Thankfully our understanding of disease has changed and improved considerably but this also helps explain why when Jesus expels a demon there is often a cure as well. This is healing is for the whole person.

The man from the Gerasenes was an outcast – literally cast out of the city.

So used was he to being badly treated by other people, when he sees Jesus coming towards him he is frightened: ‘What have you to do with me… do not torment me.’ Yet, in his running towards and bowing down before the Lord, he grasped the opportunity to get the help he knew he needed. Like so many people before and since, he reached out to Jesus – even though he was afraid of doing so.

Jesus deals with the fears too. Before stepping ashore in to the Gentile-inhabited land of the Gerasenes on the Western shore of Lake Galilee, he had been asleep in a boat with his disciples (Mark 4:35-41). A storm blew up and, woken by frightened followers, he calmed the storm and in doing so calmed their fears also. And now (and yes, it’s a pity about the pigs) Jesus uses that same power to calm the storm that is the life of this man from the country of the Gerasenes.

Think back to a time in your life when you felt as if you were ‘living in the tombs’. A time when life was tough. Perhaps due to illness, difficulties in home or at work, estrangement from family, the ending of a relationship, for example. In what ways did you run towards Jesus? How did he calm your fears and bring healing and wholeness?